"Excellent and supportive pianist"
The Times of Malta

Ingrid Sawers is in demand as one of the UK's finest accompanists and chamber musicians, performing widely throughout the UK, Europe and Canada. She is equally at home performing vocal repertoire at the Oxford Lieder Festival or instrumental music at the World Saxophone Congress in Strasbourg. Work as a soloist ranges from Mozart’s Ch’io mi scordi di te, with soprano Lorna Anderson, to Berio’s Sequenza IV. She has toured widely with Classic FM presenter John Suchet in his talk Beethoven - The Last Master, has performed for HRH Prince Charles at the Palace of Holyroodhouse and broadcast on BBC Arts and BBC Radio 3 as part of the Edinburgh International Festival.

Ingrid has a long-standing commitment to new music and has given premieres of works by many composers including Judith Bingham, Thomas Adès, Graham Fitkin, Martin Butler, Richard Causton, Eddie McGuire and Andrew Keeling. With saxophonist Sue McKenzie, she has performed live on BBC radio and released two CDs by Mckenzie Sawers Duo, The Coral Seaand After the Tryst, (Delphian Records) to critical acclaim. Other recordings include works by Anthony Whittaker, Scree with Manon Lewis (oboe) and Serenata with Steven Wilkie (violin), and Memory Box by Andrew Keeling.

A keen collaborator, Ingrid has worked with instrumentalists from all the major Scottish orchestras, the Curve Dance Foundation, the Calton Consort and with many leading young singers including Claire Debono, Carolyn Dobbin, Nicholas Mulroy, Nicky Spence and Alexander Grove.

As a rehearsal pianist Ingrid has worked with international soloists and conductors including Peter Maxwell Davies, Joseph Swenson and Antonio Pappano, and for the Scottish Chamber Orchestra, Collegium Vocale Gent, Edinburgh International Festival Chorus and Edinburgh Royal Choral Union. Ingrid was educated at Edinburgh University, and studied piano with Peter Evans, Alexandra Andrievsky and Roger Vignoles. She has taken part in masterclasses with Imogen Cooper at the International Musicians Seminar Prussia Cove, Peter Donohoe at the Edinburgh International Festival and with lieder specialists Paul Hamburger and Malcolm Martineau.

Additionally, she has a thriving practice as a teacher and coach including vocal coaching at the Royal Conservatoire of Scotland, staff accompanist at Oxenfoord International Summer School and travelling worldwide as an ABRSM examiner for Classical Grades, Jazz Grades and Diplomas.

"excellent and supportive pianist"
The Times of Malta 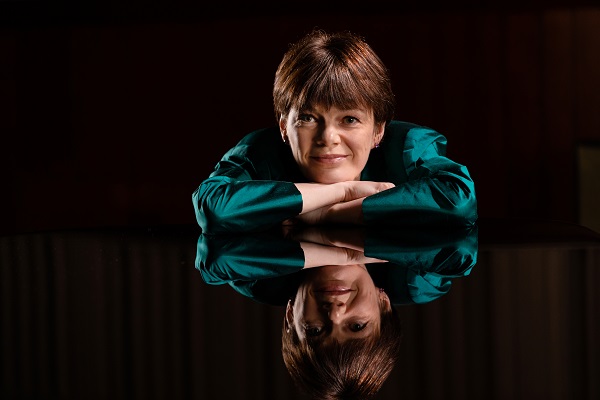